Driving last week in Belgium, I drove past an old Turkish restaurant I always enjoyed. Since it was early in the day, I could not tell if the place was deserted or awaiting staff to begin meal preparations. I was reminded of the gregarious host who always welcomed each guest with a stage ready voice and wide arm gestures. Located near a NATO base, the front wall was decorated with money bills from all around the world, many I’d never seen before. He made one feel truly his guest. My favorite dish to order with visiting friends was the hand-patted lamb kofta (i.e. kebab) drenched with peppery tomato sauce over a bed of garlic yogurt to sooth the tongue. Our most excellent host would remove the sword like kebab with a waving flourish not soon forgotten. Accompanying each savory dish was a fluffy rice pilav, sweet carrot salad, and lightly drizzled veggies with plump olives.

The delights of foods from around the world were not common to my rural American childhood, but I’ve tried to make up for any lack during these years abroad. Food can be such an adventure if we’re willing to set our feet in new directions.

Posted by kristinkingauthor on August 5, 2016 in Food, Travel 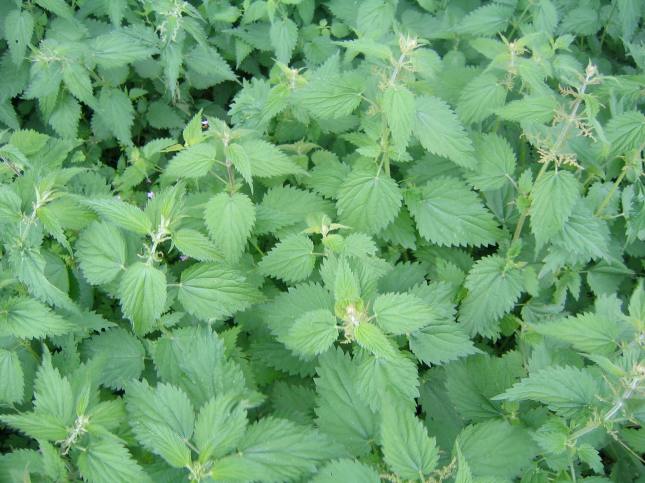 We hadn’t lived in Belgium long when I decided to weed the back fence area. If you’ve ever had a brush against a nettle, you know the surprising shooting fire that burned my hands when I encountered this weed. The  exact path of the leaves ran in red welts across my thumb and up the wrist. There was a pain that held on, longer than any bee sting I ever had. The rest of our days in Europe, I kept a sharp eye for these stinging plants.

What I didn’t know then was how nutritious those painful plants were. Potassium, dietary fiber, even a bit of protein are there, not to mention almost half your daily calcium and 40% of your vitamin A. How did this come to my attention?

I met a remarkable woman named Irene who was born in the same year as Anne Frank and lived under the rise of Hitler and the Nazis. She made it through World War 2 only to be caught behind the Iron Curtain under Soviet Russian oppression. Hidden as a boy for three years, she provided for her family. One item they could find to eat, eating to survive, was nettles.

Nettle soup. Nettle tea. Nettles were sometimes all they had.

When I read Irene’s memoirs I knew her incredible story had to go public for future generations. She escaped from East to West Berlin in 1953, and today lives in Maryland where her doctors and dentists are always amazed by how strong her bones are. I can’t help but think it’s all that Nettle calcium she had in the lean years as a child and young adult.

February foodies try out the nettles when you get a chance. I’ve got mine in a baggie with the other loose teas–the same baggie Irene gave it to me in.

How did Irene survive? You can get the whole story at the link below.

Posted by kristinkingauthor on February 17, 2016 in Food, Travel

Do Foodies Eat This? (February Foodie)

Grapes heavy on the vine near Pescara, Italy (lower calf of the boot).

What is a foodie? Without googling it, I tend to think of someone who is a real connoisseur, loves cooking or eating and is also someone who can pick up on the spices and other ingredients used in recipes. Unfortunately, that’s not me. I’d rather someone else did the cooking, even if it’s my 8-year-old. I like to eat, of course, but tend to get stuck in ruts. And those elusive tastes that others describe with perfect clarity on ingredients remain beyond my tongue’s discrimination.

That said, enjoying the food is a huge part of traveling and living abroad. Also, February Foodie sounds so much better than any of the other titles I thought I’d give this month. You’re probably thinking, she doesn’t blog about food much, and you are totally correct. I do take photos of food as I travel and eat diverse dishes. What should I do with all those images?

Assign a theme to February and shoot them out to the world. That’s reasonable, right? What does it matter if the first food of the month was chocolate-covered bacon.

Remember, though, I’m one of those sorts that is easily distracted. So if you see something else popping up on the screen–like a story about my husband getting hit by a car on his bike–don’t be surprised.

Here’s to a February Foodie…(too bad I don’t live in Finland).

Posted by kristinkingauthor on February 2, 2016 in Food, Travel 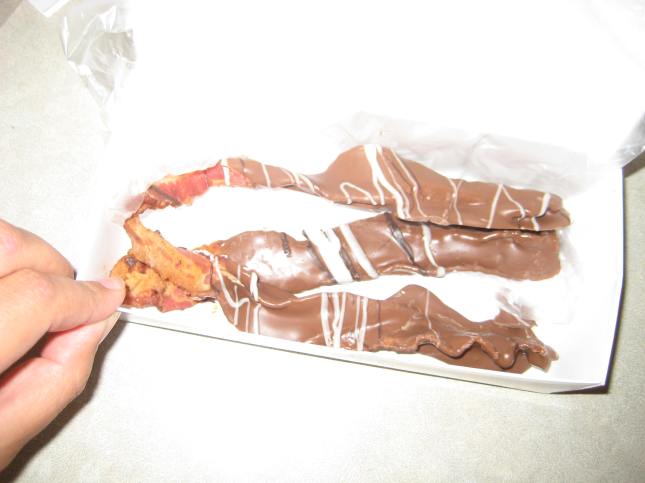 Posted by kristinkingauthor on February 1, 2016 in Food