My First Bar Mitzvah – Part One (Anti-Semitism in EU) 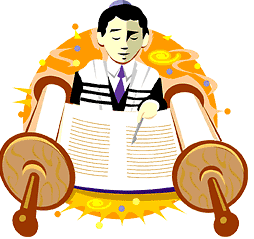 My 4 stop-light hometown didn’t have a synagogue. In fact the nearest one was a 45 minute drive away. So it’s no surprise that my first Bar Mitzvah experience is later in life as I embrace being an expat in the Netherlands. With little idea of what to expect and with no faith that Hollywood depictions would serve me very well, I did a little research to discover what to wear, what gifts are appropriate, what cultural traditions would I encounter and what did they mean?

What I didn’t prepare for was anti-Semitism. I wasn’t concerned for my safety or that of my eldest son as we navigated The Hague and found parking last Saturday morning. Little did I know that a similar place of worship would be attacked in London that same day.

What was my first clue that maybe my great parking place wasn’t so great after all? The four heavily armed and Kevlar-vested police were notable. The striking difference between the open doors at Christian places of worship I’ve been to and the locked doors of the synagogue with a plainclothes man choosing who to buzz in and who not. This layman and another took turns manning the door, checking unfamiliar people (like my son) off a guest list, and eventually made a security announcement later that the afternoon. 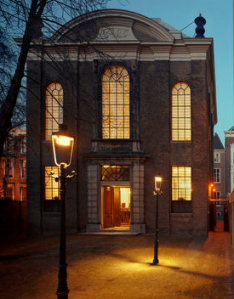 The courtyard view (i.e. not street side) of the synagogue we attended.

“We are locking the front doors,” he said. “You are welcome to continue to enjoy the celebration. The police will remain on duty outside, and you can use the cellar door. Please remember to leave in groups no larger than 2 or 3.”

Had I not known those 4 police were within a couple of meters of my car for the whole morning, I would have checked my family minivan for car bombs.The threat is real and came home to me, a small town girl from Kentucky.

My heart and prayers go out to folks the world over whose faith is tested each week, whose courage is demonstrated simply by showing up for worship. My thoughts and prayers go beyond to those who gather in secret lifting up songs of praise to God even though the threat of prison, death and other persecutions hang over them.

When I planned to write about this experience, I hadn’t considered this angle. Now I’ll never forget. For part two, though, I’ll focus on what the actual Bar Mitzvah and Shabbat were really like.

Kristin King is an author, publisher, and an American expat living in Holland.

Posted by kristinkingauthor on March 26, 2015 in Events, In The News